The Cateye AMPP800 has a quality feel to it straight out of the box. The body of the light is aluminium and anodised to help protect against scratches. The light is impressive in both distance and visibility, utilising Opticube lens technology allows the beam to be seen from the side, enhancing your chances of being seen.

The beam shape isn’t a circle but more of an ellipse and with just a single Cree LED it’s surprising how much you can see. While it may not shine as far in front of you as other lights, it will undoubtedly enable you to see more of what’s around you helping to avoid any obstacles.

The daytime running was ok, and I think the light’s flashing at 800 lumens certainly got other road users’ attention. I never had vehicles pull out on me, and they all seemed to see me coming up the road.

As with all rechargeable light’s the battery never lasts as long as stated due to the fact, you’ll never be able to reproduce the test conditions. That said this light’s battery lasted longer than I expected on max power; it was only 16 minutes less than the stated 1.5hrs. Considering the size of the light, this was impressive.

On the medium setting, the battery lasted just over 3.5hrs, not the stated 4hrs; this was good enough for three days of commuting to work before charging the light. Obviously, if you run the light in different modes and different conditions when cycling, the battery times will differ.

There’s a three-level battery indicator that tells you when you get below 50% power by turning the light on/off button from blue to amber. Once the light drops below 30%, it turns red, giving you ample warning that your light will be starting to run out of electricity.

You get a USB cable in the box although its a bit on the short side you may need another longer cable. To charge the light, remove the silicone tab from the micro-USB connection then connect it to either a power outlet, power bank, or a computer. Charging times will vary and depends on the amount of charge your device is sending to the battery, on average I found that the light takes around 4hrs from less than 30% to fully charged when connected to a laptop

Connecting the light to your handlebars is simple enough with the flextight clamp. It uses a nut to screw it down tight. I’m not a fan of this clamp and swapped it out for another clamp I used on a previous Cateye light. The reason for this was I didn’t believe that it would stay done uptight. Now I may be wrong, but considering the light’s price, I wasn’t prepared to take the risk. I did try the original clamp on a set of Aero bars and found that it didn’t fit the tail of the clamp needed to be about another two centimetres longer.

The light does detach from the bar attachment making it easy to take with you; it’s small and fits into a pocket easily. If you use the original clamp removing the whole setup only takes a few seconds. This would be an advantage if you keep changing between bikes and want to take the light with you.

Overall, the Cateye AMPP800 is a great commuter light giving you all the options you could want on a ride. I wouldn’t recommend this light as your primary off-road night riding light as it wouldn’t last long enough. However, it could make a great addition, especially with the wide beam to avoid obstacles.

The light is a bit expensive, but the light’s build quality is excellent, it’s just the clamp I feel lets the whole package down as it has the feel of being done as an afterthought. 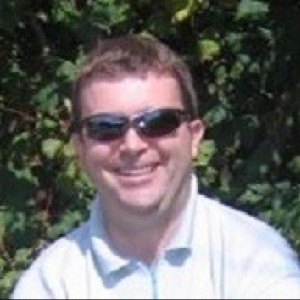 I've been cycling on and off for 30 years. I have done several organized events around England as well as cycling for fun. If I'm not on my bike you will find me out on the water either sailing or canoeing.

This site uses Akismet to reduce spam. Learn how your comment data is processed.

© by Cycling Ambition. All rights reserved.

In order to provide a better user experience, we and our partners use cookies to store and/or access device information.
By clicking “Accept” you consent to this which will allow us and our partners to process non-sensitive data such as IP address, unique ID, and browsing data for the purposes of serving personalized content, audience insights, and to develop and improve products.
Cookie settingsACCEPT
Privacy & Cookies Policy

This website uses cookies to improve your experience while you navigate through the website. Out of these cookies, the cookies that are categorized as necessary are stored on your browser as they are essential for the working of basic functionalities of the website. We also use third-party cookies that help us analyze and understand how you use this website. These cookies will be stored in your browser only with your consent. You also have the option to opt-out of these cookies. But opting out of some of these cookies may have an effect on your browsing experience.
Necessary Always Enabled
Necessary cookies are absolutely essential for the website to function properly. This category only includes cookies that ensures basic functionalities and security features of the website. These cookies do not store any personal information.
Non-necessary
Any cookies that may not be particularly necessary for the website to function and is used specifically to collect user personal data via analytics, ads, other embedded contents are termed as non-necessary cookies. It is mandatory to procure user consent prior to running these cookies on your website.
SAVE & ACCEPT